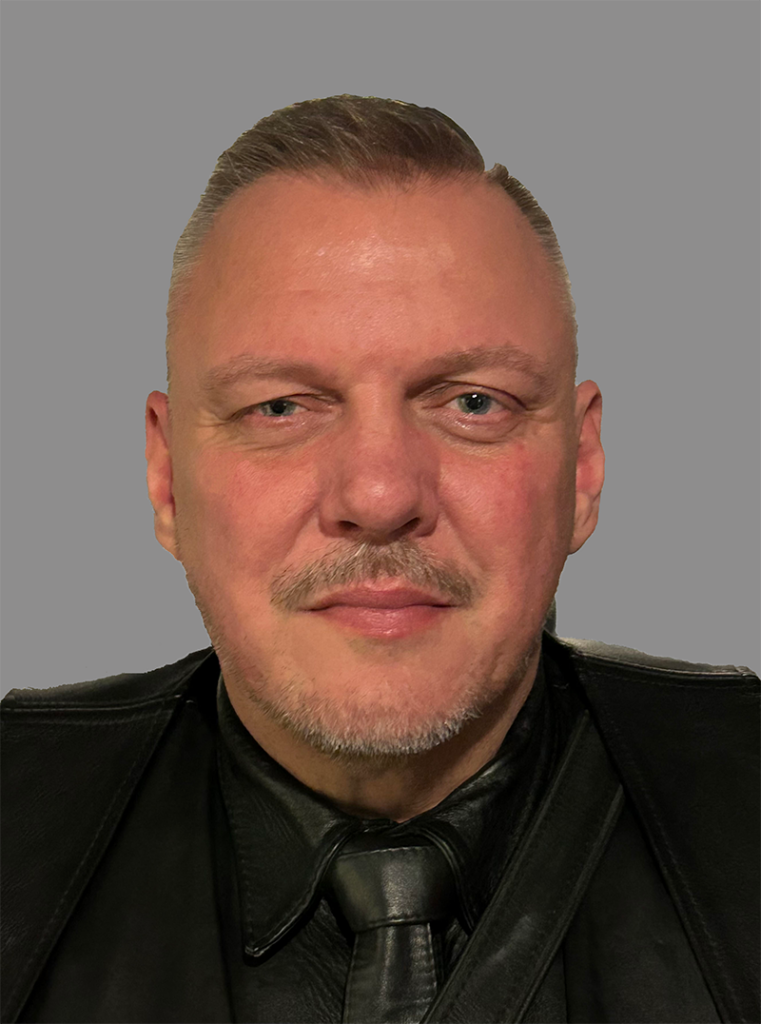 He was born in Berlin (Germany) in 1970. He is the founder and a board member of FOLSOM EUROPE in Berlin, a member of MLC Munich and is part of the Selection Committee of the Leather Hall of Fame; he received the International Pantheon of Leather Award in 2006 and served as an IML judge for the class of 2010. He is also Mama’s GERMAN DADDY (Mama’s Family, San Francisco) and can be found at BLUF Events (member #324) or on Recon as GERMANBOOTMASTER.

He now resides in Bavaria and is the proud owner and partner of his Belgian slave. As a huge sports fan, he has served as a board member and delegate for various German and European LGBTIQ+ sports organizations and is a member of UNION BERLIN (1st league soccer team in Germany). He also loves to ski, riding a motorcycle and travelling around the world. His next project will be relocating back to his home town Berlin.